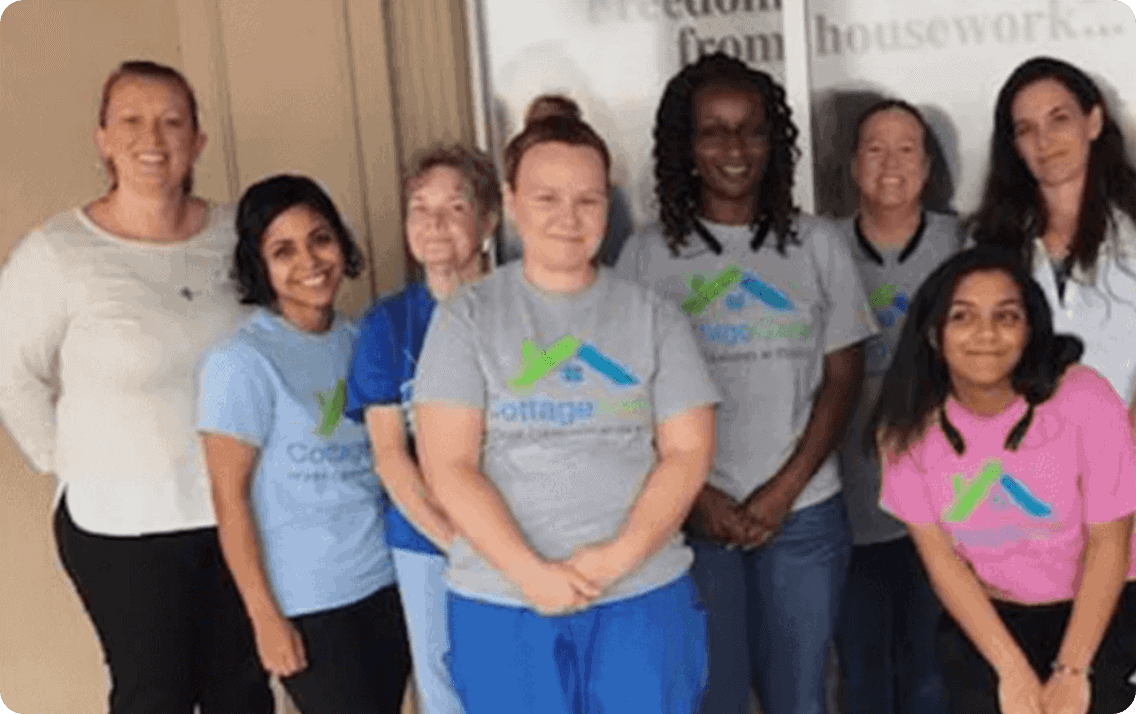 Hey, honey – is our female servant coming today?
The house is a mess. That made you uncomfortable, right?

Statements like this make us squirm in our chairs because they go against the expectations of our modern-day communication styles. This isn’t Dickensian London, after all. No one says “female servant.” In reality though, we speak like this every day. Many of us just might not recognize it. When you think of bad or harmful words, what comes to mind? More than likely, it’s things like expletives, profanity, and overt slurs that are so widely anathematized that we as a society have agreed on which ones to bleep out on the radio and which warrant an R rating at the movies.

Do you know your etymology?

The word “maid” has its roots in 12th century Middle English when it was used as a shorthand for “maiden,” a word which, although used of both sexes, was often used to describe “a virgin; a young, unmarried woman.” It wasn’t until the 1300s when it began to take on its more modern form as a word to describe domestic help.

The current dictionary definition of the word “maid” is, you guessed it, “female servant.”

Etymology, the history of words, is critical. Meanings change and evolve over time, yes, but knowing how words have been used can help us see important nuances and connotations. It helps us use words more wisely, appropriately, and helps us avoid using words that cause harm. 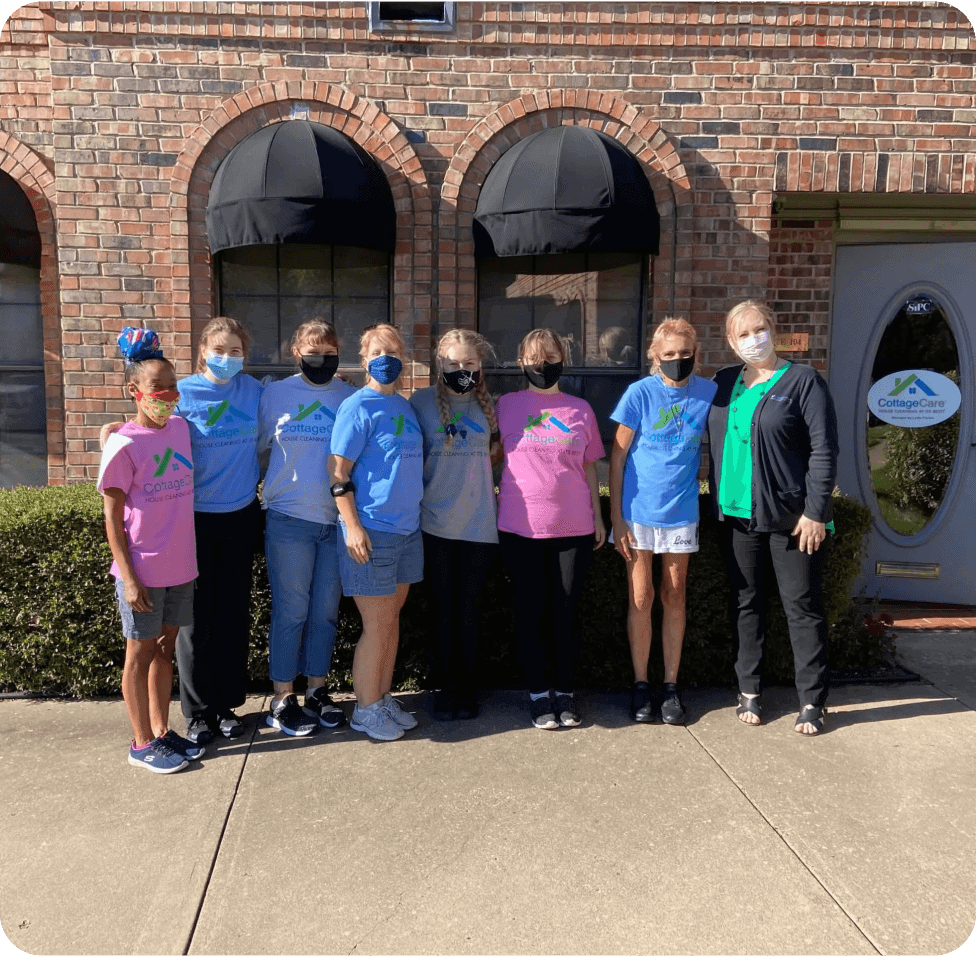 But we can do better

There’s “spaz,” a word often used to describe someone that’s
acting with low physical or emotional control, but the word
actually originated from “spastic,” used to describe people with
cerebral palsy.

There are countless words that, although not considered
profanities, deserve a second look at how we use them in casual
conversation.
There’s “hysterical,” which comes from the now-debunked
psychological disorder “hysteria,” which the medical community
deemed a disease specific to women that included symptoms
like “shallow volatile emotions and overdramatic or attention-s
eeking behavior.” Yikes.

AND THEN THERE’S “MAID”

What’s wrong with
the word “maid”?

Although the older “virgin” definition is now recognized as archaic, a maid is still described as “female servant.” What’s wrong with this?

“Maids” isn’t actually exclusive to house cleaning. Historically, maids have had duties spanning from cleaning and cooking to answering the door and accompanying the lady of the house for travel. Many maids were also live-in help. Rather than an occasional service, they were household staples.

At CottageCare, we are house cleaning professionals. We are contracted by homeowners across the country who, in an effort to get some of their time with friends and family back, have us handle their house cleaning. We’re professionals who are good at what we do, doing it for people who are too busy to do it themselves.

That’s a far cry from the maids of yesterday who were employed round-the-clock to handle everything so the homeowners didn’t have to do anything.

As we mentioned before, “maid” in the earliest sense of the term could refer to both unmarried women and men, but since that time, it has predominantly been used to refer to women. Consequently, the job of a “maid” (house cleaners) has primarily been viewed as women’s work, discouraging male participation and reinforcing outdated, stereotypical gender roles we as a society have been working so long to break.

If you don’t use the word “maid,” maybe you’ve used this other popular synonym to describe your house cleaner – “cleaning lady.” This term is even more sexist! “Cleaning lady” is more popular than “house cleaner” and has been growing in popularity over the last decade. So, yes, men can be professional home cleaners too!

Our staff are professional house cleaners. It’s real and it’s a point of pride. CottageCare has sophisticated systems for cleaning homes that are time-efficient and quality-effective, and our crew deserves titles commensurate with that skill. “Maids” has often been used in demeaning applications, and because of those applications, still carries with it those negative associations. We believe it’s best to dissociate from the word because of those reasons.

First of all, people working as maids tended to be ranked lower in the socioeconomic hierarchy. The British television program from the 1970s called “Upstairs, Downstairs” that illustrates this point well.

You can see it right from the opening scene – the new maid knocks on the front door to report to her first day of work, only to be sent to a separate entrance for “the help.” Using the word “maid” only conjures up this archaic classism that is far from appropriate in today’s house cleaning industry.

Historically, “maids” has also been closely tied to race. In some cases, it has even reinforced segregation. Because maid service was seen as low-skilled work that didn’t require an education, people who found themselves in that role were often immigrants or African Americans (especially in the Jim Crow era South – ex: The Help).

It’s safe to assume times are changing. I think it is imperative to ensure the utmost professionalism between employee and employer.

There’s also the association with uniform fetishism
that evolved out of the French-style maid uniform.

We certainly don’t want to introduce a sexual context into
this industry, and yet some of the players in the industry even
use the maid uniform in their logos and graphics.

Despite all this, the use of the word “maid” in the U.S. has remained fairly steady over the past five years.

If we want to divorce our industry from these
outmoded and demeaning associations, it’s high time
we removed the word “maid” from our vocabulary,
including how we name cleaning companies and their
staff. We only reinforce these damaging ideas by
continuing to use the term in our industry. 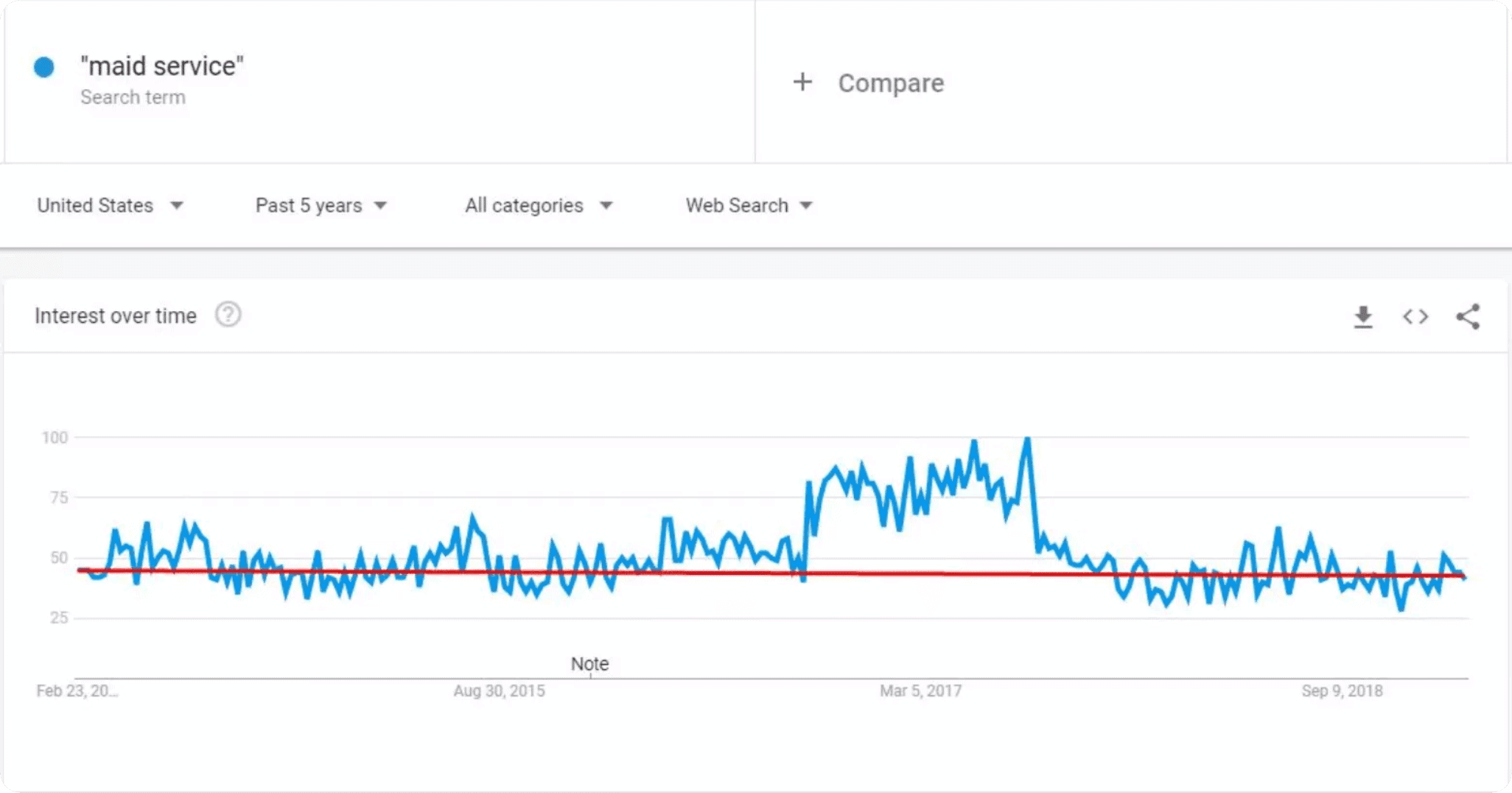 Sure, and you may not have. However,
it doesn’t just matter how you mean it. It matters
how the other person perceives it.

The intent vs. perception debate is nothing new, and as a
society, we’ll likely always have words we’re debating this
way. The point is, because words are powerful, we need
to care less about our personal freedoms and more about
the other person’s feelings.